Did I ever tell you about the time I was one of my best mates’ best man? Who am I kidding, I have no friends. What happened was, there was a bidding war between the groom’s real best friends. So he settled for me, a lesser of the two evils, for peace to reign. 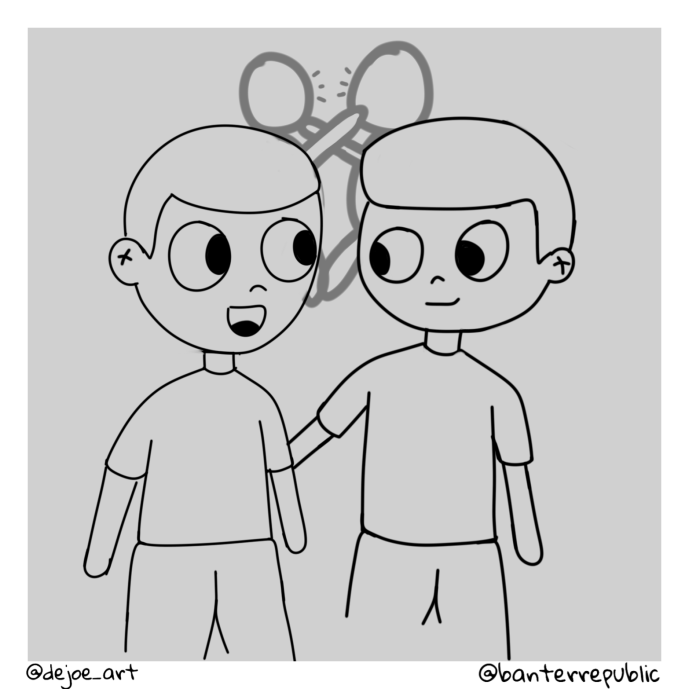 There was nothing peaceful about the wedding.

Now I didn’t imagine that being the best man was going to be all that difficult. After all, all you had to do was stand behind the groom and struggle to keep a straight face as he says his vows. My thoughts on the bride? I sincerely believe she belonged to the streets. But were the streets going to turn down a chance to turn up? No chance!

The first hurdle was getting the bachelors’ party sorted. His close friends mooted for a party without girls and alcohol. Again I ask, what is a bachelors’ party without ladies and booze? Surely we’d be better off playing video games at home with the speakers blasting, right? “You’re about to be imprisoned for life, enjoy your last days as a free man (not morgan)”, I argue.

I decided we were having a proper party. There’s something about being 6’5 that inspires people to let you take charge. Everybody was going to have a nice time and by morning, hopefully, we can all put the night behind us. Well, like all expertly crafted plans, this one went to shit. One of the guys actually shit his pants. It was glorious!

If there’s anything like too much fun, we certainly crossed the bar and some. When the bill arrived, everyone immediately became sober. The groom is looking at me like “bloody hell, this is my honeymoon money gone!” I assure him that it was okay, we’ll raise the money at the reception. He shouldn’t have listened to me. Frankly, nobody should be listening to me!

The church bells are ringing. It’s the wedding day! Finally, we can put this nightmare behind us. I go to try on my suit and test out how far the trouser could stretch before the big day because heaven knows I was going to be hitting those MJ moves on the dance floor. One kung-fu kick in the air and I can hear the thread rip from the fabric. Imagine my surprise!

I quickly replace the trouser with another that matched closely. It may have been several sizes-small but I was prepared to make do. As I walk into the adjoining room where the groom is supposed to be getting ready, the old boy was going at it with one of the bridesmaids. Is this crack? My first stint at being the best man and I was this close to losing it. What is wrong with you people? They both apologize for getting caught.

Determined to ensure the wedding plans didn’t go to shit, I kept mum. Rice had been cooked, turkey marinating, two crack heads had found love, I wasn’t going to let a little thing such as INFIDELITY get in the way. We get dressed and arrive at the chapel. Everyone is set and ready to go. What else could possibly go wrong?

Apparently, the groom’s parents were stuck in traffic. I was already looking for a replacement. The congregation is starting to show signs of impatience, but before long, thankfully, they finally arrived. As I stand there waiting for the bride, I notice an empty seat beside the groom. Shit, I need to sit my arse down too, it had been a long couple of days! Scarcely had my arse touched the seat when I heard collective murmuring behind me. Oh, what now? 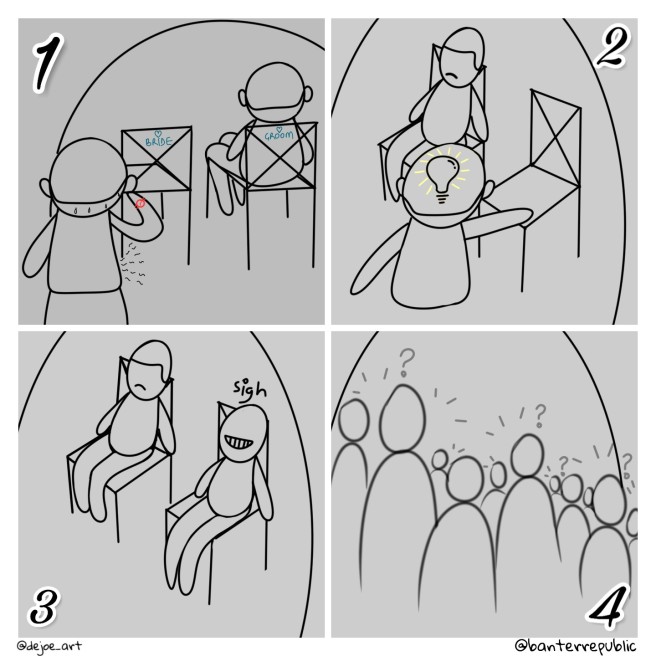 The rest of the ceremony went smoothly. The two lovebirds said their vows and the priest joined them. Literally, they asked to be bound in handcuffs. Surely this is illegal, right? As we begin the march out of the church, the little bride and groom had other ideas. They wandered off the track. Frankly, they’re lucky to still be alive by the way.

We huff and puff to the finish line. I have to stylishly hide away from full-length photos because you already know why. I can’t help but think, this ain’t right. Surely this marriage is destined to hit the fan. I make a bet with a groomsman that they wouldn’t last three months. Fortunately, I lost the bet. These two dysfunctional psychos have been married five years now. And if you think the church episode was epic…

Imagine what happened at the reception.

This site uses Akismet to reduce spam. Learn how your comment data is processed.